It hasn’t even been a full year since the remake of Resident Evil 2 hit the shelves, and Capcom isn’t done yet.  Recently, the publishing powerhouse from Japan has announced that a remake of Resident Evil 3 will arrive in 2020, providing another dose of nostalgia for those who love reminiscing about classic zombie-shooters.  Coming along for the ride is a multiplayer mode called Resident Evil Resistance, an online battle between a team of four and a “mastermind” who sets all the traps.  Considering how heavily-revered the previous remake has been, I have full confidence this next one will be nothing short of enthralling.  The zombie-shooting fun resumes on April 3.

What will Microsoft be bringing for E3? Halo Infinite? A new console? Some new exclusives? Being one of the only major game studios to make E3 this year they have a lot  of pressure to bring it. So will they?

The presentation opens with a game trailer. Looks to be Obsidian’s Outer Worlds and the long awaited release date. October 25, 2019. Lots of dialogue and fun outer space shenanigans.

Ninja Theory (Hellblade: Sesua’s Sacrifice), recently purchased by Microsoft, revealing Bleeding Edge. I am getting a sort of Sunset Overdrive/punk feel for the game. Technical Alpha for the game starts June 27.

From the creators of Minecraft (the less controversial creators anyway) Minecraft Dungeons which will be coming in Spring 2020 along with 4 player local and online coop.

Phil Spencer, head of Xbox, taking the stage. Phil has always been a man who talks about gamers and since he took over Xbox a few years ago, he has shifted the direction of the company to make Xbox more welcome to gamers of any kind. 60 games will be shown during the presentation, along with some detail on the the Cloud and Project Scarlett, Xbox’s new console.

Trailer for a horror game. Remnants of Alan Wake? Definitely getting an Alan Wake vibe with this one, the flashlight, the monsters. But no. It’s the Blair Witch. Coming August 30.

Cyberpunk 2077 with a pretty groovy cinematic trailer showing us a scene that is gory and ends with a nice surprise. Keanu Reeves is in this game. And Keanu Reeves is on the stage to give us the release date for the game. April 16, 2020.

Spiritfarer A cutesy building and adventure game. One that will be available via Game Pass on Day One.

Battletoads! Comes with a very cartoony style that I dig and of course 3 player couch coop. No word on release date yet.

The Legend of Wright. I am not sure what this game is, it could be absolutely brilliant or absolutely awful. My interest is piqued and it certainly looks like the most original game I have seen in some time.

Sarah Bond, head of Xbox Partnerships. All ID games show up on Game Pass on Day One. Arkham Knight, Metro Exodus, Hollow Knight, and The Borderlands: Handsome Collection come to the Game Pass today. She also touched on a few of the games that will be available for the PC Game Pass. Over 100 games at launch, including Imperator Rome, Football Manager 2019, and the Master Chief Collection, starting with Halo Reach. The beta for Game Pass starts today.

Next she brought up Game Pass Ultimate. Console Game Pass, PC Game Pass, and Xbox Live for 14.99 a month. And if you sign up today. it is ONE DOLLAR. And that will upgrade your membership for however much time you have left on your Live service. (Side note: Several new games were released on Game Pass today: Thimbleweed Park, Guacamelee 2, Shenmue 1 & 2, Bridge Constructor Portal, and much more.)

World premier trailer. Powered by Satellite data and Azure AI Microsoft Flight Simulator is back. This title was huge on PC and now it is getting a modern revamp and will be available on PC and console.

Not a surprising announcement but Age of Empires II Definitive, fully remastered in 4k with new quest lines. Fall.  PC

Wacky trailer up next. As Colorado and Colorado Springs are mentioned almost 130,000 times, I can only assume the state had a hand in the game. It’s a trailer for Wasteland 3. A series… I have yet to play.

World Premier: Star Wars. Lego The Skywalker Saga All nine films one game. It does not look like they are retreadeding the old games and that this is all new, but I could be mistaken.

Way to the Woods. You play a deer with a younger deer and wander through subways and stuff. It looks cute.

Gears of War 5 trailer with the best eyebrow lift I have seen in gaming. The game arrives on September 10th, but you can play four days early by preordering or being a member of Game Pass. There is a stress test on July 17th for multiplayer. And if you preorder or play during the first week you will get a Terminator: Dark Fate character pack.

New Elite Controller Series 2. More elite-er and probably more expensive than I could afford, but it does look very bad ass.

World Premier. Lego Speed Champions expansion for Forza Horizon 4. I just got “Everything is Awesome” out of my head… annnnnnd now it’s back.

Pop Funko and Gear have joined up for a mobile game. No, I’m serious.

State of Decay 2 Heartland. New expansion to the game available today to owners of the game or Game Pass subscribers. Appears to have some branching story paths.

Crossfire X, a PC legend, according to Microsoft will be coming to Xbox in 2020.

Followed by a Borderlands 3 trailer.

World Premier. Miyazaki and Martin. Two names that have me curious as hell about this game. Elden Ring.

And finally, Phil Spencer is onstage to talk about the next console. It will be 4 times more powerful than the Xbox One X, with a focus on smaller loading times and will come with a Solid State Drive. It launches in Holiday of 2020 and it launches with Halo Infinite.

So that was Microsoft E3 2019, what did you all think? Anything you are jonesing for? For this writer I am looking forward to Outer Worlds, 12 Minutes, Elden Ring and Cyberpunk 2077. It is a good time to be a gamer.

In honor of their 3 year anniversary, Dead By Daylight has new DLC and is coming to the Nintendo Switch soon.

Ghostface from the horror franchise Scream is coming to Dead By Daylight next month. It will be launching on June 18th for PC, PS4, and Xbox One. The “Ghostface” pack will be a bundle of the new killer, three new perks, and two new items. The new items will be the monochrome mania body and silvery steel tactical knife weapon, clearly inspired by the Scream films.

Also announced, Dead By Daylight developer Behaviour Interactive confirmed that the Switch port of Dead by Daylight will be launching on September 24. When it hits Nintendo’s platform, the game will come with nine killers, ten survivors, and three cosmetic packs. Pre-orders should be going live on the eShop in the next few days. 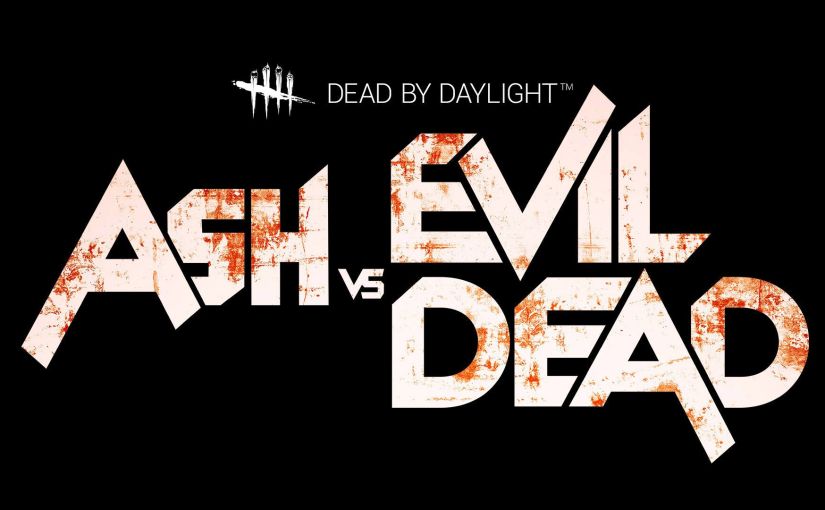 Dead by Daylight is getting a new, but familiar, face.

For those not familiar, Dead by Daylight is a survival horror game where you’re either a survivor or the killer (and, no, that’s not a euphemism). As a survivor, your aim is to escape the level. As the killer, your job is to stop them. The difference between the two is a tilting scale. More freedom of movement rewards the survivors, but you remain at the mercy of the killer’s skill. As the killer, however, your peripheral is almost non existent and it’s one against many. So catching up with the youngsters can prove difficult.

All in all, it’s a scary by-night experience that’s a simple jolt of fun, excitement and team building that will leave you pleasantly terrified.

So far, the release date and Ash’s role (survivor) are the only things that have been revealed at Pax East 2019 – along with a few screenshots and a video. But to this geek, the combo seems as perfect as vanilla ice cream on a hot brownie So prepare to run for your lives this April – and SURVIVE. Based on a tweet made by Capcom’s Resident Evil community manager @ImKatastrophe we should be receiving more news on the Resident Evil Nintendo Switch ports “at the end of Feb[.]” According to Nintendoeverything.com, “we haven’t heard anything since the initial announcement in October, but fans are due for an update soon.”

If one analyzes @ImKatastrophe’s tweet, they’ll notice she posted that “more news will be coming” on February 13th, which was last Wednesday. It’s current February 28th, and no news has been shared from her or Capcom yet. If more details on the ports are still coming than we should be getting it soon.

If anything news-related about the Nintendo Switch ports is shared between now and the end of February, we’ll be sure to cover the announcement when it comes.

What do you think about this news? What type of news are you hoping to hear from Capcom regarding these Resident Evil titles? Let us know on Facebook and Twitter, and follow us for more Capcom news, and everything gaming too.

It has been over four years since Alien: Isolation was released to consoles and PC, and despite a rocky start, the game was fairly loved by fans and critics alike. A refreshing change of pace from the number of excremental games released in the Aliens universe in the years prior.

Today, Fox (the film studio that owns the Aliens license) announced that there would finally be a sequel to this game. It will be called Alien: Blackout and it will be available soon. Very Soon. January 24th, to be exact. It is available now for preorder. The hitch? It is available to order from the Apple and Google store. That’s right kiddies, it’s a mobile game.

D3Go, the company that brought you Marvel Puzzle Quest and Earth Defense Force 5, will be bringing this game to your phone. The plot sounds rather familiar to Alien Isolation, you play Amanda Ripley again and are trapped on a ship from the Weyland-Yutani Corporation being hunted by a xenomorph.

Of course, it is too early to judge the game, just because it is moving to a different platform. It is possible that it will be an amazing addition to the Aliens universe. A true horror filled experience that will keep players on the edge of their… phones? We will find out soon. This is Thayder, writer for Silver Soul Gaming, signing off. Hello Neighbor is a stealth horror game that was released in December of last year where the player sneaks into their neighbor’s house. A learning AI becomes increasingly difficult to play against as it adapts to the player’s actions. This Friday, almost exactly a year later, publisher tinyBuild will release a prequel. Find out more about the story of Hello Neighbor in the upcoming prequel Hello Neighbor: Hide and Seek on December 7th, 2018 for Xbox One, PS4, and Nintendo Switch.