Anthem is the latest game developed by Bioware and published by EA games. It is an open world, always online shooter in the same veins as Destiny or The Division. If you have been to any site this week that deals with video games you have probably seen an inordinate amount of criticism and hate for a game that is still not released. A small caveat there of course, not fully released UNLESS you are an Origin Basic or Premier member on PC or have a subscription to EA Access on Xbox.

Origin Basic and EA Access both had limited ten-hour trials and Origin Premier had full unrestricted access to the game starting last Friday. I spent 10 hours with the game on Xbox One and will talk about that in a moment. While the game is in a playable state, it still has not had a hard release, there is a significant Day one patch, but every early review of the game I have read is based on an “almost” released game. Not to say that the early demos and even the early access didn’t have their problems. They did. But reviewers are treating this game like it kicked their dog while shoving their grandmother down the stairs.

Why do people hate a game that isn’t out yet?

I can only speculate dear reader, but here are my opinions:

Regardless of the hate it has received, I have throughly enjoyed my time with it. I only  have had ten hours in the game and will be able to access the full game later tonight, but what little I have played has me hooked. 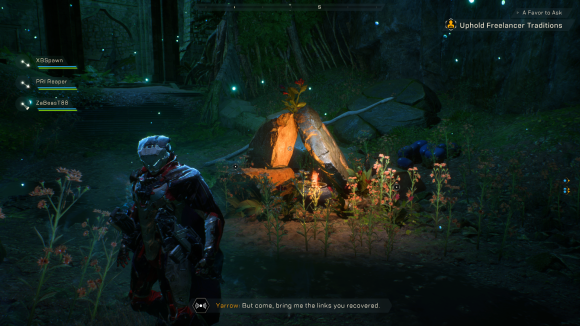 Anthem is set on a world that is unfinished, mythic creator beings known as the Shapers left the planet unfinished using a semi mystical power known as the Anthem. The Shapers left a long time ago and their creation has been swallowed by entropy and chaos and humans have been left to survive in a world that can suddenly and terrifyingly change at a moments notice. To deal with this series of challenges, humanity created the Javelin, a mech warrior suit that allows freelancers to face nature or monsters behind a steel shell enhanced by an array of abilities and firepower.

Our sites full review will be forthcoming once the game is fully released and we have had time to break it down and explore some of the end game content. For now, I will do what the title says, give you my impressions.

Gameplay in your javelin is a visceral joy. Flying around blasting beasties and bad guys is very well delivered. There is a weight to your javelin and you feel like a badass. I have played with three of the four types of javelins and each has their own strengths and weaknesses. I main a Storm which is the MMO equivalent of a mage, you hover on the battlefield and blast enemies with elemental attacks. 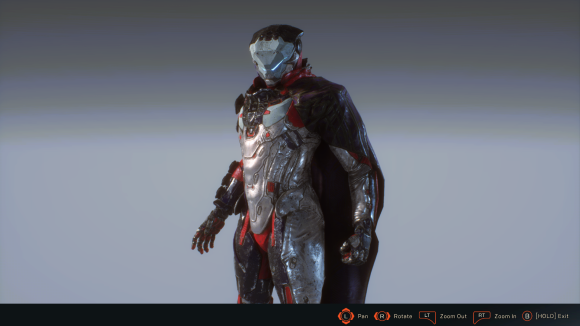 Kept my Javelin simple due to my ten hour limit, but there are many customization options available.

The other part of the game deals with Fort Tarsis, where you role-play your character and accept missions. This showcases the strength of Bioware which almost always has excellent writing and well performed roles. They have gone with some amazing comedians to fill out their cast including Joe Lo Truglio (The State and Brooklyn 99), Kristen Schaal (Bob’s Burgers and 30 Rock) and Jack McBrayer (30 Rock and Forgetting Sarah Marshall). The concept behind the game is that the world is open and influences everyone, whereas Fort Tarsis is suited and molded by each individual player. You can guide and direct the way that the Fort grows by conversation.

I had directed this character to leave the fort to fulfill her dream in petting a baby korox. I am unsure where such choices will lead but I am looking forward to finding out.

I would be remiss if I didn’t mention the negatives I experienced. The loading screens are very long. When you are in a party of four in a mission, if your group gets too far ahead of you, you are given just a little time to catch up or you face another loading screen that will eventually have you rejoin the group.

I did get kicked out of the game anytime I did something that made me leave the main game. I checked to see if the shards had been introduced in the Xbox store and that hard crashed the game. When you first load in there are a few banners you can select that open an internet browser, made the game crash.

I am also one of those weird souls that prefers inverted look for my camera. Anytime I started the game fresh I had to turn those settings back on.

Following the main developer on Twitter, it seems that most of this will be fixed in the day one patch. I do know others who frame rate drops and loss of gear, but I did not experience those during my trial.

Bioware has a lot to prove to the naysayers, but it is my belief that Anthem will provide an engaging and entertaining experience. Look for our review after Anthem has been out for some time.