Civilization VI: Gathering Storm has been out for a few days, and first impressions are positive across the board. It’s not a radical change to the series, but it adds depth and small little fixes that will make veteran players glad they picked it up.

The biggest feature added by the DLC is interactions with the environment, and the effort that went into these systems is immediately clear. The balance of flood plains, volcanoes, and storm potential from snow, desert, and coast combines to make city and district placement much more complicated and involved than ever before. Campus districts, for example, get an adjacency bonus from a volcano (as they do from any mountain), making it tempting to zone them next to one. Floodplains are also very fertile, so locating a city on a hill next to them can be extremely beneficial while placing one directly within the flood region can be dangerous until dams are unlocked. 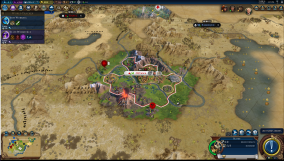 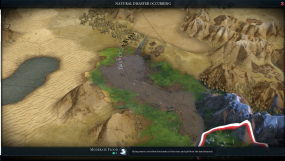 At a more superficial level, the game just feels good – there have been a lot of small improvements to the map generation process that make rivers, mountain ranges, and terrain feel more reasonable and less randomly generated. Playing as Canada in my first game, I spawned just south of a continental divide from which a river ran into lowlands and joined up with another before curving out to sea. I also had tundra to my south, and the way it blended with snow was very believable and fun to play around as one of the few nations that actually want to settle there. The musical score has also been updated with some top-notch tracks; being Canadian myself, it was fun to hear several different renditions of my national anthem.

Perhaps my favorite feature, though, is the new form of emergencies that occur as a response to natural disasters. Any civilization which falls prey to a massive disaster can call a special session of the world congress, at which point other civs can jump in and help out. As Canada, that’s a major part of your play because you effectively get double bonuses from it. Conquest-based emergencies have also been reworked to fit within the new system. It’s a nice update to emergencies, which originally failed in single-player but showed significant improvement in online play; under the new system, the AI is at least willing to try participating in these group endeavors and will respond to both types with at least a modicum of effort.

Another nice feature that Rise and Fall veterans will appreciate is the rework of Barbarians. They now no longer “aggro spawn”; instead, there are simply more encampments. This makes eliminating them easier if a bit time consuming; the balance is that you can get away with a smaller military as long as you clear them reliably. 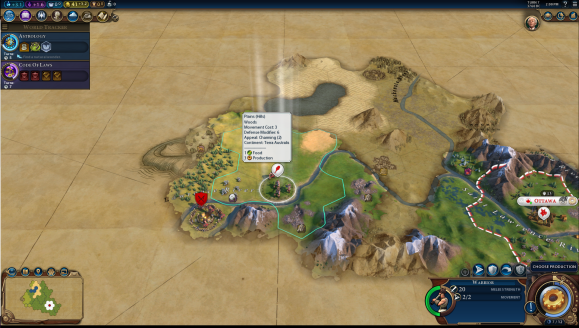 All in all, I’d say the expansion is great for fans of Civilization and Civ VI in particular. Nothing about it will draw new players to the game, but for existing veterans, it’s a great improvement to the playstyle and the diversity they love. I’d recommend the game at it’s starting price – it probably adds more than Rise and Fall did and does it better – but if you’re starved for cash you can always wait to pick it up until it goes on sale.