Capcom announced that Mega Man 11 is coming to PlayStation 4, Xbox One, PC, and the Nintendo Switch on October 2nd, 2018. 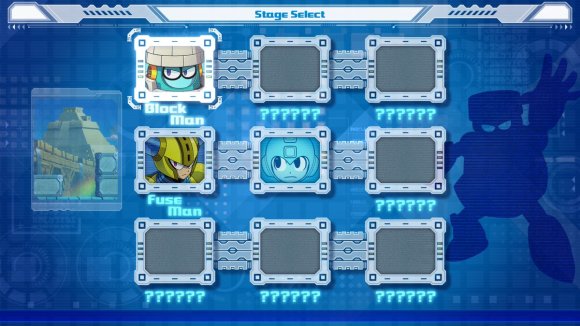 Capcom employee Kellen released more information alongside a trailer for consumers to indulge themselves in. To watch the trailer for Mega Man 11, click here.

“It’s no surprise that the mustache-twirlingly evil Dr. Wily is up to his old tricks, but this time the master of malevolence has a brand new tactic tucked away in his lab coat. Reflecting on his younger days when he studied alongside Dr. Light – the good-natured and ever-hopeful creator of Mega Man – Wily recalls a creation of his own: the Double Gear system, capable of pushing robots beyond their normal capabilities. Putting his idea into action, the unscrupulous doctor steals eight of Dr. Light’s robots to use for his own nefarious plans. At Mega Man’s request, Dr. Light installs the prototype Double Gear system in the heroic blue ‘bot, imbuing our hero with brand new skills in his quest to put a stop to Dr. Wily’s diabolical plan and continue the fight for everlasting peace.”

According to GameXplain’s recent video, Capcom plans to release a Mega Man 30th Anniversary amiibo for Mega Man 11 for the Nintendo Switch. Not much is known at this time regarding the goodies it entails, but you can get a glimpse of the amiibo by clicking here.

The blue-bomber isn’t finished yet, and it seems he has a new arsenal to boot. I wonder if those new mechanics will be implemented into Mega Man’s moveset in Super Smash Bros. For Nintendo Switch? We’ll have to wait a few months to get our hands on this gem, but until then, we’ll update you all on any developments concerning the game as time progresses.

What do you think about this news? What will you be playing Mega Man 11 on when it releases? Let us know on Facebook and Twitter, and follow us for more news on Mega Man, and everything gaming too!