(Disclaimer: if you haven’t read the previous articles on the Street Fighter Alpha series then please read them first as you may not understand some of the content inside unless you have prior knowledge of the games)

There was an enhanced version titled Zero 3 Upper released in arcades and several home ports of the game following, the game was ported to the PlayStation family of consoles including the PlayStation Portable, Sega Saturn (Japan only), Sega Dreamcast and the Game Boy Advance. I am unable to play the enhanced version of the arcade release and home ports of these games so I will be focusing on the initial arcade release only. 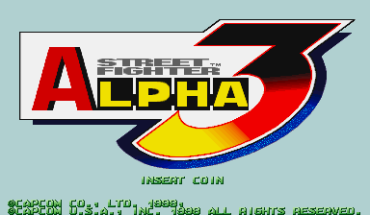 Getting a worldwide release throughout 1998 this is the final instalment of the Street Fighter Alpha series which has had a complete overhaul in terms of graphics, animations and music, but one of the biggest changes was the alterations made to the mechanics and gameplay that was featured in the previous games, some of the features included into this iteration can affect the way that players may approach the game including a bar for guarding that if depleted the character gets stunned momentarily and the bar is reduced, air recovery where you can recover mid-air from an attack that knocks you up and improved ground recovery.

One of the biggest changes to the game is the addition of three selectable gameplay styles for players to choose from opening up many options for old and new fans alike, these different styles may be alien to some who are used to the gameplay of the Alpha 2 as the gameplay mechanics are split between two of the three styles added to the game, with all styles having strengths and weaknesses.

The fighting styles called –ISM are as follows;

A-ISM (based on Street Fighter Alpha)

V-ISM (based on Street Fighter Alpha 2)

As well as a new set of gameplay mechanics the game introduces a new set of characters to the playable roster, like the previous games there are some new creations and returning/crossover characters from other games, this version has the largest roster of any Street Fighter game released up to this point with a total of twenty five playable characters and three hidden characters, all characters featured in Alpha 2 return and here is a list of the new additions;

The game has three gameplay modes, the single player story mode which consists of ten fights and with a “mid-boss” that you fight depending on the character to give more detail to the fight, a “sub-boss” that you fight before the final fight to again further the story and the final boss M. Bison who has results in two possible endings, a good ending for the player if you are able to defeat M. Bison and a bad ending if you lose the final fight, many of the endings in this game contradict the endings of previous games so some are determined to be non-canon while others are, this is out of necessity as they did not wish to remove any characters that were introduced in the previous games.

The second game mode is the Dramatic Battle mode(which is accessed via code) where the player teams up with either a CPU controlled partner if playing alone or with another player if joined, the team fights against six opponents made up of bosses from the previous games in the franchise, Adon, the sub boss from the first Street Fighter, Akuma, the hidden boss from Super Street Fighter II Turbo, the four grand masters, Balrog, Vega, Sagat and M. Bison the original four boss characters from Street Fighter II.

Gameplay wise the game is solid and well balanced as there is a difficulty curve for each of the three fighting styles, each style takes different amounts of practice to learn how to use with the X-ISM taking the least and from my experience the V-ISM takes the most practice to use effectively. The game determines which fighting style each opponent uses and it is randomised for each fight as the game progresses, the games overall difficulty can ramp up over time making it very difficult when you get to the final boss fight.

The controls and inputs are tight and responsive and the changes to the super combo system in the A-ISM make it much easier to input the super combo moves with the different power levels by pressing the punch or kick that is of the same strength of the super combo level you want to hit, weak for level 1, medium for level 2 and fierce for level 3, my personal preference is the standardised A-ISM gameplay style but I do use the others depending on character which adds to the complexity and depth of the game. 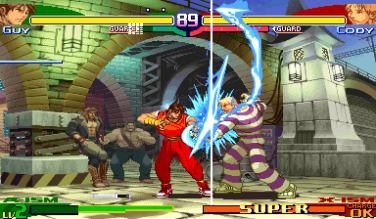 Multiplayer is like all others a fun and frantic experience with all three play styles creating an almost infinite number of match ups and combinations of mirror matches, when playing the Dramatic Battle mode with a friend I had a lot of fun, and there is a competitive element to the survival mode where you take it in turns to see who can score the most consecutive wins before being defeated, that has always been the most enjoyable aspect of any of these games, the multiplayer.

Overall this is the most complete package that Street Fighter Alpha has to offer the best of the series and a perfect choice for anyone who wants to play one of the Alpha games, I cannot recommend this enough I just have one minor fault with this game and it is the instant game over when you lose the final fight as you are robbed of that feeling of accomplishment when you finally succeed. 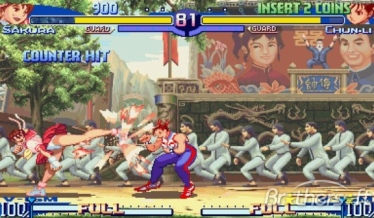 I give this game 4.5/5 using the star rating as I can only fault the choice to add a bad ending to the game over allowing a player to persevere.