For our Street Fighter month here at Silver Soul Gaming we are going to be covering more than just the games featured in the upcoming 30th anniversary collection, so with that being said lets take a look at the games released for the Nintendo Game Boy and the Game Boy Color 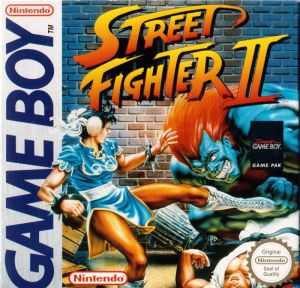 Back in 1989 Nintendo released the Game Boy an 8-Bit handheld game console that revolutionised portable gaming, and with this revolution many companies wanted to get their games onto the popular little handheld. Starting in 1995 Capcom started to port their Street Fighter series to the Game Boy platform starting with Street Fighter 2.

The Game Boy version of Street Fighter 2 is a condensed port of the championship edition with some of the graphics used being modified sprites from Super Street Fighter 2. The modifications to this version include the exclusion of E. Honda, Dhalsim and Vega with their respective stages also removed. This was due to hardware limitations of the system and these limitations also result in the omission of bonus stages and the majority of details in the character backgrounds. Along with the omission of three playable characters, stage details and animation the game also lacks endings when the game has been completed, only showing a thank you for playing message upon defeating the boss.

The gameplay of this version is poor overall with slowdown consistently throughout, terrible frame rates and choppy animation that was of lower quality than some other games of that time, for example Killer Instinct and the King of Fighters ’95 on the Game Boy had none of the performance issues and they were released that same year. The controls for the game are limited to two buttons for punches and kicks and to perform attacks of different power you press the button for different amounts of time to change attack power. you follow the same basic premise as the home/arcade version and fight through all of the characters in fights that are the best two of three rounds culminating with a boss fight.

The slowdown and performance issues make it very difficult to perform command based special moves, the performance issues in general and problems with controls really hurt the playability of the game in general.  There are multiple levels of AI difficulty as what feels an attempt to make the game accessible but this is utterly pointless as the game has very little replay value from my experience, with the lack of any ending for beating the game with each character.

There are two positives that this version of Street Fighter 2 has and these are the survival mode that they added to the game for this release and the Super Game Boy compatibility, which adds some color to the game and image borders of the stages from the home console port of Street Fighter 2 World Warrior.  Sadly these positives do not outweigh the many negatives that the game has for me to justify purchase of this unless you are a fan of the franchise and an avid collector of games for the Game Boy. 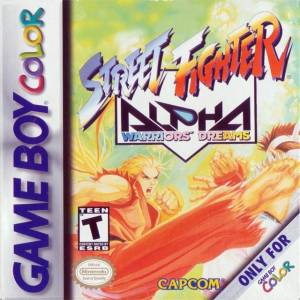 In 1998 Nintendo continued their dominance of the handheld market by releasing their Game Boy Color system. Released worldwide in 1998 the next stage in the evolution of the Game Boy had very little competition and like its predecessor dominated the market meaning that the majority of companies wanted to port their games to the Game Boy Color.

Capcom released a port of Street Fighter Alpha worldwide for the handheld between 1999 and 2001 and this is a fairly competent port and conversion of the 32-Bit game to and 8-Bit system. Street Fighter Alpha doesn’t suffer from the same problems that its handheld predecessor suffered from. The game features all 10 playable characters and 3 secret characters who are accessible via a cheat code. 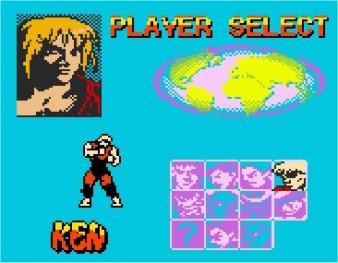 The games graphics are heavily simplified featuring character sprites and backgrounds with little to no detail due to hardware limits of the system again. The sound is clear and music sounds good for 8-Bit renditions of the music featured in the original game. The characters may lack detail but you can distinguish who each character is. There are no noticeable slowdown issues and with the animation, frame rate and gameplay being smooth and fluid for most of the time I played it. The character sprites are smaller than I would have liked but this had no impact on the gameplay and enjoyment that I had while playing.

Gameplay is the same as Street Fighter 2 for Game Boy with the power of each attack being determined by the amount of time the button has been pressed for. Command based special moves are a lot easier to perform  and combo attacks are much more consistent given the better frame rate. The game uses the same super combo system as its home/arcade counterpart with 3 levels of power to give the super combo more or less damage depending on the situation. The game has a fair and balanced AI with adjustable settings to make the game more or less challenging. There are only two game modes available Arcade and Training but this doesn’t take anything away from the overall experience. The Arcade mode follows the same as the source where you fight through a series of opponents to a final showdown against a designated opponent for that characters story, with a short ending for each character achieved upon completion. 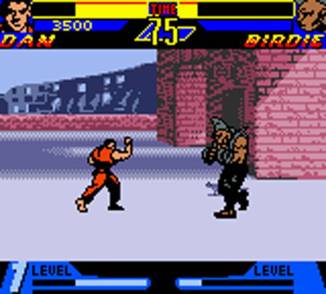 Overall this is a good game and the better of the two Game Boy titles I played. I would happily recommend this for anyone who is a fan of Street Fighter and/or a collector for the Game Boy Color, if you can find this game definitely pick it up and add it to your collection. It’s a fun game and one of the best fighting games available from the 8-Bit Game Boy library. The game is lots of fun and the hardware limitations do not hinder the performance or experience within.