The swarms of ratfolk are back, and this time the savages are with them. They’ve brought their friends, and new additions to prey on unsuspecting heroes. They believe that their numbers, their magic and their steel will be enough to match against us. They think they know so much, but they forget one fatal mistake. Against us, they’re already dead. We will form mountains with their corpses. We will cut them down faster than they can breed. 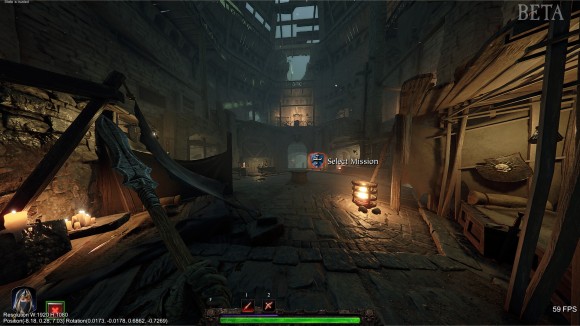 Welcome to Warhammer: Vermintide 2, a 1-4 player co-op FPS action hack and slash, developed and published by FatShark. Vermintide immediately has my attention for two reasons: one, I’m a solid fan of the Warhammer universe and two, I have a burning love for Left 4 Dead. Why does that matter?

Left 4 Dead was an interesting pioneer in terms of gameplay. I’m not saying it was the first or original, but it was an absolute hit, even with the main objective always remaining the same: start at point A, get to point B. Thanks to level design, special enemy types and an interesting AI Director, the game took a basic concept and managed to create it into a wonderful blend of zombie murder, panicked running, and by the skin of our teeth survival. I see all this, and more, in Vermintide.

There are five champions to choose from, each with three classes within them. The witch hunter, the empire soldier, the dwarf ranger, the waywatcher, and the bright wizard. Each has an individual level that unlocks a talent tree and their other classes. There is a playstyle for everyone hidden somewhere, from the ranged assassin to the brute force fighter and the talents allow for further specialization in your role. There’s also an inventory and gear system depicting of main weapon, secondary (ranged), necklace, charm and trinket – at the least, improving your heroes power level, and at the most, giving stat buffs and other improvements.

I spent most of my time either on the elven waywatcher or the empire soldier, enjoying the two contrasting playstyles – as the elf, I relied on the bow to lay waste at range, and with the soldier, I was cleaving through the frontlines, bathing in the blood of evil. With each completed map, I earned new gear, new weapons to utilize or salvage for crafting supplies – which can be turned into new gear itself, or used to upgrade existing gear. 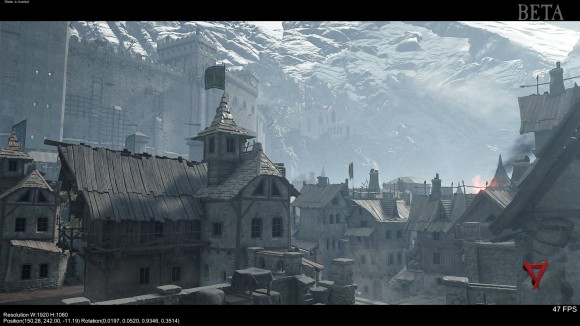 The beta offered three maps to play – Against the Grain, taking place in Empire’s farmlands, Righteous Stand places our heroes in the streets and walls of an overrun city, and Athel Yenlui brings us through an elven forest into lost ruins. Each mission was a sight to see, well crafted and detailed, and while there were a few hidden items to collect on the outskirts of the map, they’re linear. Enemies seem to have typical spawn locations, but beyond that, they’re populated randomly across – what was skaven at the start of a mission the first time, was chaos the next.

In each map, the primary goal is to complete a main objective at the end of the map and proceed to escape thereafter. Along the way, one will contend with a variety of pitiful weaklings and lethal monsters. Progress that seemed easy a moment ago can be thwarted with a Chaos Warrior or a Rat Ogre – just a few of many specialized enemies that can quickly destroy all but the careful. Attacking hordes are signalled by sounds of music and battlecries. Parties that are split are a real risk – anyone alone can be intercepted by a rat assassin or pack master, which will incapacitate your allies until rescued. Keen eyes are rewarded as players that notice special enemies can spot them with a keystroke, highlighting the creature in a brief light blue outline for all allies to see. And for those with better ears than eyes, everything has a tell – listen closely and one will never be surprised.

Along with spotting enemies, there are supplies strewn across the map worth looking for. Healing potions, herbal remedies, buff potions, bombs and ammo.. All great tools to survive in such hostile lands. On top of those, there are two additional things to look out for – tomes and grimoires, each providing greater experience and the chance of higher quality loot at the end of the map. Three tomes hide in each map, and two grimoires – typically hidden behind jumping puzzles or secret passageways. Between the rats and the savages, sometimes it’s more important to simply survive than to risk exploration. Sometimes, all the added challenge is a wonderful addition to a well equipped and experienced group.

The combat is rewarding yet can take some getting used to. The thrill of sinking arrows into skulls or cutting enemies to ribbons – the gore is there, satisfactory yet not over the top. Blocking seems to be accurately detected, and the ability to dodge is handy, especially when surrounded. However, there seems to be a bit of a long range on.. Everything. Skaven slaves with daggers seem to have the reach of my longsword – their swings are slow and easy to avoid, but it becomes hard to tell if I’m out of the range of their small weapons. Compound that with the larger enemies, such as the Chaos Warrior, who wields a heavy battleaxe.. Sometimes it seems even dodging backwards is not enough to avoid his swings, even if it looks as though I’m out of their range. A moderate annoyance that I assume will be handled prior to launch, or hopefully soon after, but nothing that severely hurts my experience. There is still great joy in decapitation and general mutilation that refuses to be tempered down or dulled. With every swing, I smile.

Overall, I enjoyed the time I had with this beta, and I see a wealth of improvements over the last Vermintide. The new additions are welcomed, as new enemies bring new elements to fighting and new ways to improve my heroes provides an urge to constantly get back into the fight. Graphically the environments are pleasing, and even with hordes of skaven, warp fire, and explosions, there were only minor drops in frames. Audio seems to be well designed and well voiced with lots of chatter between the characters. My complaints revolve mostly around how combat feels, although it’ll be interesting to see what the finished product looks like.