A little look at things to come.

Last week, Nintendo released a video of their latest Direct Mini: a video compilation of gaming announcements prior to E3 (Look for Metroid Prime 4 at the later). This list had a ton of new remakes and remasters for switch owners to look forward to, but also some new DLC and a surprise title. Let’s take a look.

The World Ends With You -Final Remix-

This DS cult hit is coming to switch 10 years after its original release. For newcomers to the game, you might recognize the classic Square Enix visual style, and yes, this is an RPG in ways, but a better title would be Rhythmic ARPG. You can use the classic touch controls to play, or use the new Joy-con control scheme. A new scenario, promising to get to the “heart of the story” is also added. Launching this year.

2 waves of DLC will be released to include new playable and support Pokemon.

Wave 1 will include Aeigislash, a Pokemon that can switch between defensive and offensive modes to adapt to the flow of the battle, and a collection of new support fighters, including Mega Rayquaza, Mimikyu. Available January 31st

The hyped side-scrolling platformer featuring everyone’s favorite walking appetite showed off a few new tricks: an artist ability that lets Kirby bring paintings to life, a spider ability to ensnare foes in webs, and friend abilities highlighting the feature of combining two powers to create something more powerful than the sum of its parts: water and ice make ice lances, throw friends, and more with up to 4 player co-op.

A 1080p experience that combines all content from previous DLC and the DS and Wii U versions. This large scale hack-and-slash title will also include new outfits based on breath of the wild. Look for it to be released Spring 2018.

Also keep an eye out for the retro pixel platformer Celeste, which comes with a ton of options to tweak gameplay from slower movement to invincibility, Donkey Kong Country Tropical Freeze, along with Funky Kong and all his new strong abilites to let you surf through the game.

Did I mention Dark Souls is coming to switch? Hoo baby. 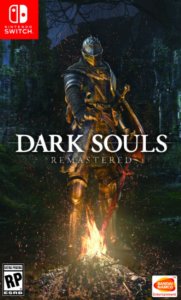 All in all, this is a lot of announcements big and small, and should provide Nintendo fans with plenty of substance to last them for quite awhile. For a the full video, click the link below.