Is it time for Overwatch 2?

Since Blizzard Entertainment launched Overwatch in May 2016, their first IP since StarCraft, it has reached over 30 million players. That number is outstanding, even for the most popular MMOs like World of Warcraft and other non-subscription multiplayer FPS series such as Call of Duty, Battlefield, and Titanfall. The popularity of Overwatch is no joke, with companies like Hot Topic and J!NX marketing the brand for clothing lines, thousands of Facebook groups and Discord channels for players to come together, and the incredible cosplays that can be seen at any convention, it is easy to see that it is one of the most loved games of this generation. But is it too soon for a sequel? 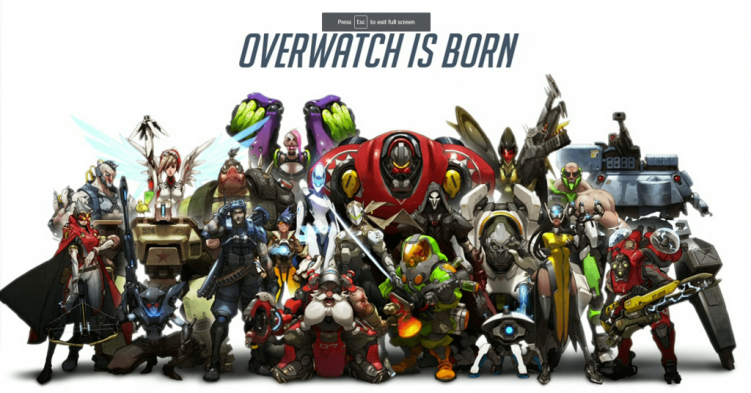 Rumors have popped up all over the web after Blizzard set up an employment post that asks for “Knowledge and understanding of the Overwatch universe” as a talent. This certainly does not mean that they are working on a new Overwatch game for sure, it could possibly be an expansion of some sort or more new characters, or even something in the same vein. Considering there is a new World of Warcraft expansion about to be announced, it won’t be related to that because this project isn’t slated to begin until summer.

Job listings often point to anticipated games, especially when they are with popular companies like Bethesda or Rockstar. While the rumor is out there, is there already a need for an Overwatch 2? Blizzard has done a fantastic job of keeping players and drawing in new ones, between the holiday events such as the Halloween event that began yesterday, new skins to unlock, new characters being added occasionally, and the new Overwatch League- is there a demand for a new title? It doesn’t seem so, but perhaps Blizzard is just anticipating the need. They may be expecting a drop in interest or planning to stop adding new content within the next two years or so. But Blizzard is not known for stopping content, look at how long Warcraft has been going and they are still releasing new expansions every few years which brings players back into the fold. We probably won’t see any announcements on this project until E3 at the earliest, more than likely not until 2019.

What do you think the project is? Are you ready for a new Overwatch? Let us know on Twitter and Facebook, and follow us for more news on Blizzard’s mystery posting in the future!